That Funny Kind of Feeling

…a new way of looking at old-fashioned love. Book, Music & Lyrics by Mark ... 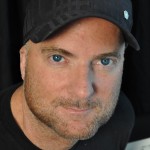 a composer, lyricist, playwright, and producer. He has written several musicals, cabarets, and short plays, as well as original music for short films.

Braswell’s songs, for which he is both composer and lyricist, cover a wide range of musical styles including ballads, blues, jazz, comedy, swing, and Latin rhythms. They have been performed at numerous charity events and special occasions. A collection of his audience favorites was released on a CD entitled “Before Tomorrow,” which was recommended by a national magazine.

Braswell’s most recent full-length musical is entitled Cuban Courage. Cuban Courage is a dramatic interpretation of the true story of Operation Pedro Pan, in which over 14,000 children were flown unaccompanied from Havana to Miami between 1960 and 1962. This secret plan, which ended after the Cuban Missile Crisis, was created to keep children safe and free from communist indoctrination. Cuban Courage enjoyed a successful world premiere reading at Theatre Lab at FAU in Boca Raton, Florida, in May 2018.

Braswell’s earlier musicals included Love Notes (Arts Club of Washington), Private Love Notes (Chicago’s Royal George Theatre and Washington’s Navy Memorial), and That Funny Kind of Feeling (Triad Theatre, New York). His historical musical drama, Paying the Price, was workshopped at the Kennedy Center’s Page-to-Stage Festival and then at the National Theatre’s Helen Hayes Theatre in Washington. Paying the Price brings to life his father’s fight for freedom in WWII as a tail gunner on a B-17 and a prisoner of war in Romania, where he was cared for by Princess Catherine. The musical was produced by the Cape Fear Regional Theatre, in conjunction with the U.S. Army’s Airborne & Special Operations Museum, in North Carolina. Afterwards, Media Theatre outside Philadelphia booked the show for a year, starting with a Veterans’ Day opening for the public. It then presented the musical to area high school students before taking them to a nearby veterans’ museum. Paying the Price has since been performed at events for veterans, including a performance of a medley on the USS Yorktown battleship in Charleston.

Braswell’s cabarets and revues include From the Heart (Tutorsky Mansion, Washington), Braswell’s Songbook (Don’t Tell Mama, NY), A Judicial Revue (private reception in Manhattan), and Braswell’s Showcase (Kennedy Center’s Page-to-Stage Festival). In 2011, Braswell enjoyed a successful launch of his cabaret series in Washington called Two Guys, followed by Two Guys…Become Interns, the latter of which was the subject of a story on NPR. And in 2014 he presented performances of Braswell’s Songbook at The Cabaret in Miami Beach.

Braswell is a writer-member of ASCAP. He is also a member of the Dramatists Guild of America, the Manhattan Association of Cabarets and Clubs (MAC), and South Florida Theatre League. Braswell is originally from North Carolina and now resides in Fort Lauderdale, Florida.

TrueNote Productions sponsors the music and productions of Mark Walter Braswell, who is a writer-member of the American Society of Composers, Authors and Publishers (ASCAP).  All information within this site, including songs written or recorded or works for hire, are copyrighted by Mark Walter Braswell.  All rights are expressly reserved and all performance rights are restricted.  Unauthorized duplication is a violation of applicable laws.  Legal representation provided by Cowan, DeBaets, Abrahams and Sheppard LLP, New York, NY.

For information on licensing songs, producing shows, or acquiring permission for works to be used in any other means, please contact TrueNote Productions.